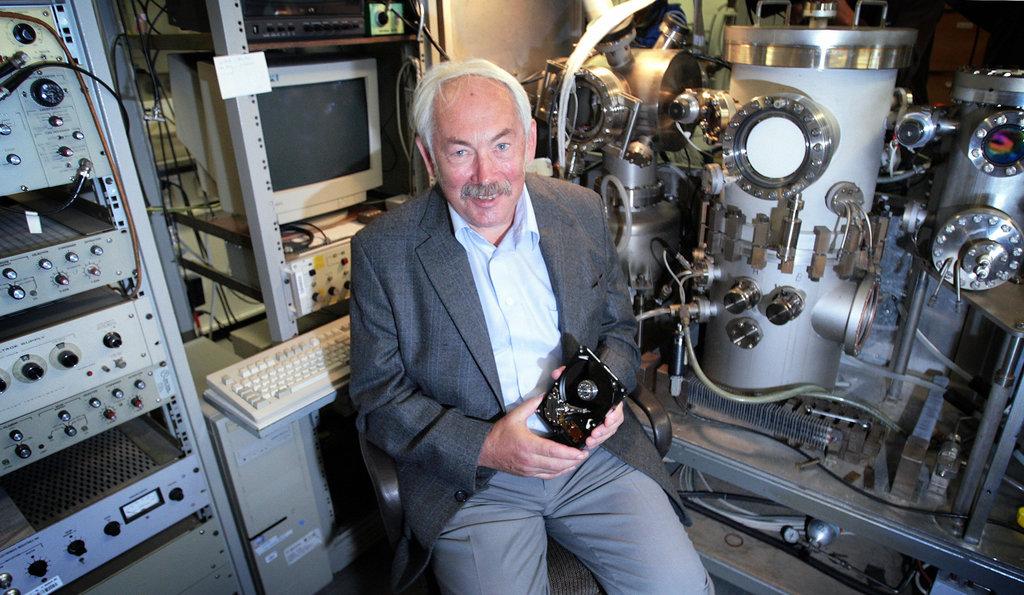 Peter Grünberg, a Nobel-Prize-winning physicist who discovered how to store vast amounts of data by manipulating the magnetic and electrical fields of thin layers of atoms, making possible devices like the iPad and the smartphone, has died at 78.

His death was announced by the Juelich Research Center in Juelich, Germany, where he was a longtime researcher. The center did not provide any other details.

Dr. Grünberg shared the Nobel Prize in Physics in 2007 with Albert Fert of the Université Paris-Sud in Orsay. They had independently made the same discovery — of an effect known as giant magnetoresistance, in which tiny changes in a magnetic field can result in huge changes in electrical resistance.

The effect is at the heart of modern gadgets that record music, video or other data as dense magnetic patchworks of ones and zeros — that is to say, electronic tablets and smartphones, the GPS devices in our pockets and handbags.

The Juelich institute said as much in a statement:

“Without exaggeration, one can say Peter Grünberg and his discovery of giant magnetoresistance decisively changed our lives. Without him, modern computers and smartphones as we know them would be unthinkable.”