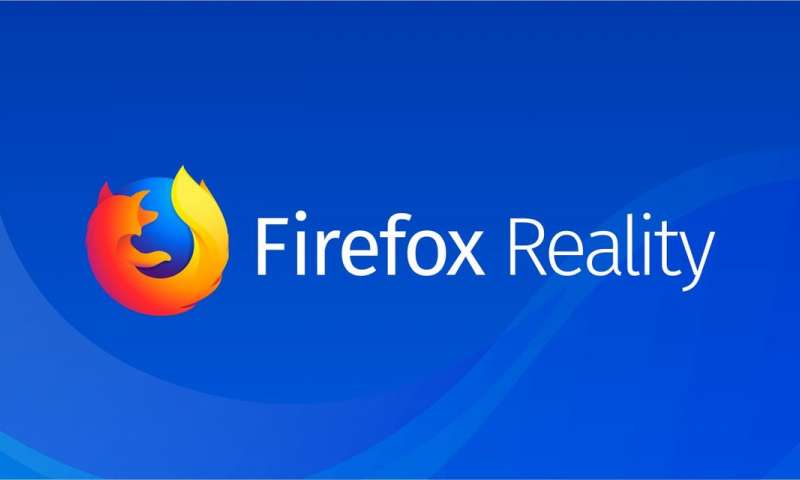 Commented TechSpot‘s Shawn Knight: “It’s an exciting time, especially for those that have grown tired of existing experiences. From a design and interactive standpoint, everything will be new again with VR / AR… assuming of course that these technologies actually take root.”

Assuming? Mozilla’s Sean White is not hesitant. White stated that “the future of the web will be heavily intertwined with virtual and augmented reality, and that future will live through browsers.”

Cue in a dispatch from Mozilla’s innovative frontiers: This organization behind the Firefox web browser said Tuesday that it is building a web browser for standalone virtual and augmented reality headsets.

The browser is called Firefox Reality. Sean White posted the announcement in The Mozilla Blog on Tuesday.

This web browser for your VR/AR standalone headset is cross-platform. This, said White in the blog, was the first cross-platform browser for mixed reality. “Other solutions for browsing and accessing the web on stand-alone headsets exist, but they are closed, and platform specific. Firefox Reality will be independent and will work on a wide variety of devices and platforms.”

If the future of the web is to be intertwined with virtual reality and mixed reality, Mozilla is about the web experience and wants to be in the frontlines of what is next. They have posed a lot of questions to prepare for the future. What will web usage on VR / AR headsets look like? What should it look like?

Engadget‘s Nick Summers: “The organisation is rethinking how users should type, communicate, and flip between web pages that contain 2-D and 3-D content. In addition, the team is looking at voice recognition, connected devices, and heady questions such as’who controls the web’ and ‘who controls what you see?'”

White, Mozilla’s chief R&D officer, had said this: “Mixed reality is the wild west. How do you type? How do you express emotion? How do you view the billions of existing 2-D web pages as well as new 3-D content? How do you communicate? Who maps the world and who controls what you see? Can we build on our work with voice recognition and connected devices to create a better browsing experience? We love tackling these questions.”

Trevor Smith, meanwhile, on Tuesday wrote in the Mozilla Mixed Reality blog: “This is the first step in our long-term plan to deliver a totally new experience on an exciting new platform.” Smith said updates on their work would be available in the coming weeks, including design process details, from sketches to headset prototyping, and sneak peeks of Firefox Reality running on a variety of pre-release headsets.

Some Firefox Reality information is also up on GitHub.

Ian Sherr and Stephen Shankland at CNET, meanwhile, have another take on the bigger picture of virtual reality, which includes its struggles right here right now.

“Mozilla’s efforts are the newest in the tech industry’s efforts to sell us on a future relatively few of us have bought in,” they wrote. Why has VR not yet taken off? Some argue over high prices, others about headsets being bulky, along with other points, but, they added, “the most compelling argument for virtual reality’s struggles is its lack of compelling content.”

Sherr and Shankland said it was possible virtual reality today could not the next big thing.