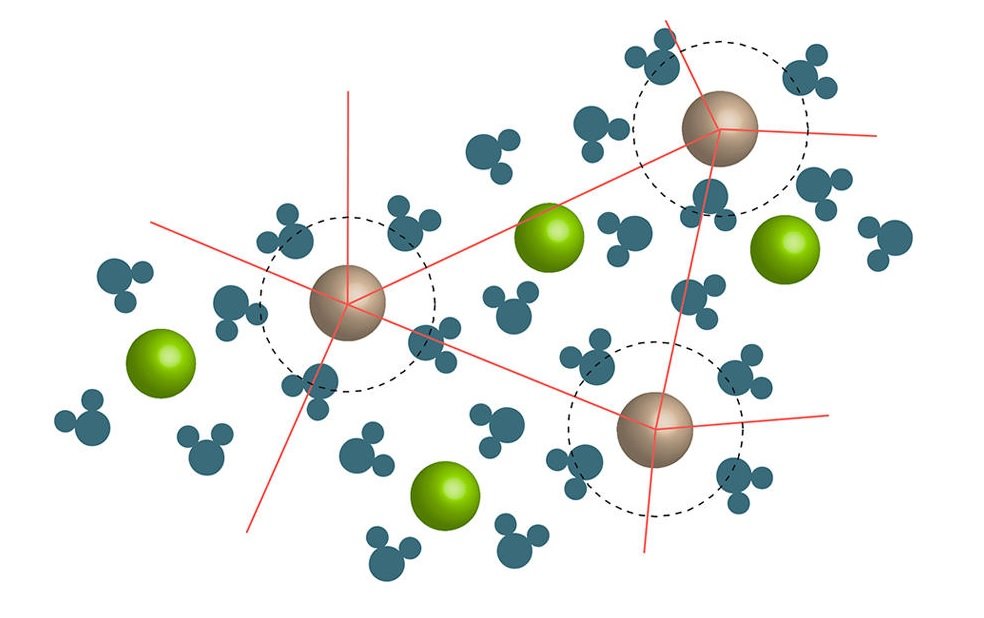 Mayonnaise is a staple of almost every household, yet the reason why it’s so thick and viscous is a long-standing unsolved problem in physical chemistry: why does adding egg yolk to a runny mixture of oil and water increase the viscosity a thousand-fold? And, more generally, why does the viscosity of all solutions exhibit an unpredictably large increase in viscosity when a large amount of solute or surfactant (such as egg yolk) is added?

The 1929 Jones-Dole equation, which accurately predicts viscosity changes in solutions at lower concentrations, breaks down at higher concentrations (above 1 Molar) like those present in syrup and mayonnaise. So far, the rapid increase in viscosity at high concentrations has not been explained by either a mathematical expression or a microscopic physical theory.

Now in a new study, Klaas Wynne, a professor of chemical physics at the University of Glasgow, has proposed what he calls the “mayonnaise effect” to explain the dramatic increase in viscosity that occurs not just in mayonnaise, but in all highly concentrated solutions. His results are published in a recent issue of The Journal of Physical Chemistry Letters.

“The ‘mayonnaise effect’ is a lovely simple little idea that has much wider applicability: in any case in which a liquid is structured in some way, the viscosity will increase nonlinearly due to the presence of a virtual jamming transition at a very high concentration,” Wynne told Phys.org. “Therefore, the mayonnaise effect also applies to the intrinsic structuring in room-temperature ionic liquids, in deep eutectic solvents, concentration fluctuations near critical points, and of course liquid mixtures including mayonnaise. The mayonnaise effect applies to all solutions and liquid mixtures, and is therefore very widely applicable.”

In his paper, Wynne explains how the jamming transition occurs. When a solute containing ions is added to a solution, the liquid molecules (for example, water) form clusters around the ions. At a critical concentration, the motion of the ion/liquid clusters freezes or jams.

As Wynne explains, the approach of this jamming transition marks the changeover from the regime described by the Jones-Dole equation to a regime in which viscosity increases much more rapidly. The mayonnaise effect, then, is an example of a colligative property, meaning it depends primarily on the concentration of the solute rather than on the solute’s chemical or physical properties.

To mathematically describe the dependence of viscosity on concentration, Wynne has proposed modifications to the Jones-Dole equation, motivated by the Vogel-Fulcher-Tammann equation that describes the viscosity of supercooled liquids and glasses as they approach the critical glass transition temperature. Wynne showed that the new modified equation provides a good fit for much of the previously published viscosity data, other than a few expected outliers. The results reveal a connection between glass formation and mayonnaise formation, as in both cases viscosity depends on concentration in a similar fashion.

In the future, Wynne plans to further investigate the implications of the mayonnaise effect.

“I’m currently hugely interested in the physical manipulation of phase transitions such as demixing of liquids and nucleation of crystals in which the mayonnaise effect plays an important role,” Wynne said.